I hope everyone is doing fairly well and the previous week was nice.

which is one of my icons.

What is or this is where the STUDIO 54? 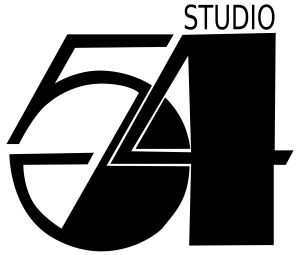 I know you‘ve all heard at one time or another so I think you have a vague idea of what was this iconic venue 70s.

STUDIO 54 was the Nightclub which revolutionized the middle of the night but had a much greater involvement on the idea of living in emergency exit from the war.

You should know that 10 years ago the world came out of the 2nd World War. It is in this dark and painful time for America to war in Vietnam that Studio 54 was open and I think subconsciously it was an outlet for a suffering country whose men went to war returned damaged, destroyed and crazy.

He had three consecutive wars (World War, Second and the Vietnam War) and was aware that life was fleeting and it was urgent to live because everything could switch happen overnight.

From there, Steve Rubell, Ian Schrager et Carmen D’Alessio had the brilliant idea to open a nightclub where all the excess would be allowed, if not to say encouraged.

(Hover your mouse over the photos for the legend) 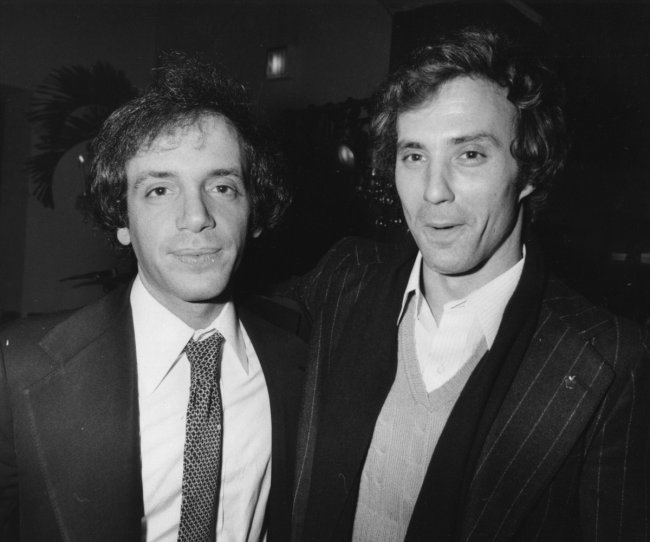 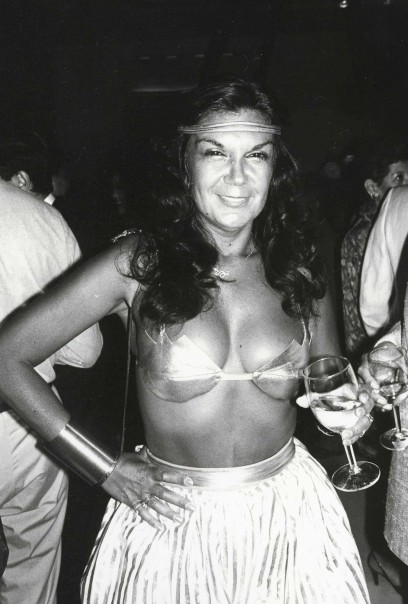 Thanks to Wikipedia I discovered that the name STUDIO 54 was because the disco was located at 254 West 54th Street, in an old theater, then CBS television studio.

Carmen D’alessio was the jet-setter of the moment was a celebrity address book hallucinating and it is therefore naturally that it was associated with the project of Steve Rubell and Ian Schrager to create the Studio 54.

She undertook to invite the most important personalities of the time and Steve Rubell had the brilliant idea of mixing unknown simple carefully chosen and stars on the same dance floor.

The idea was not to ostracize Mr. and Mrs. everybody just because they do not evolve in the « sphere of posers«  but also to ensure that all the same to enter the disco had to have a visual identity strong, trendsetter, interesting and still be beautiful.

The main criterion remained the look and attitude nonetheless.

I will let you immerse yourself a bit in the atmosphere of Studio 54 with this short video.

Studio 54 was the place of all the excesses and all meetings. You knew you were the celebrity of the moment if they saw you there and that no matter the age.

or Brooke Shields who at the time was 14 years old in 1979 and I guess she wriggled on this air from Earth, wind and fire, which was the tube of the moment.

Approach Studio 54 was to give substance to the idea of experimenting existence, without restraint even if it meant falling into the abyss and some have clearly sunk there.

They literally applied the expression you only live once.

In this club only the present, time T, was important, so there was partying like going to die tomorrow. You should not be afraid to be bold even to pay the price.

Studio 54 was the area of freedom, a crossroads of meeting of several worlds and several professional middle and although most regulars were artists, people from the entertainment, film, could meet with politicians, women politicians, lawyers, etc…

We can (even as a single unknown) meet Andy Warhol, David Bowie, Truman Capote, Belmondo, Brigitte Bardot, Cary Grant, Yves saint Laurent and many more. It was possible to dance on musical tunes with them, beside them.

Bianca et Mick Jagger, Jerry Hall, Grace Jones was THE ICONS, the stars that made the studio’s reputation with their crazy parties in which the rule was no rule.

For her birthday Bianca Jagger arrives in horse and everything is normal.

At the same time being under acid, as coke, hyper alcohol can not be very lucid and realize the delusional dimension of thing. You had to be an icon for to shave armpits in the nightclub and it seems normal for everyone.

Free to do what we want was clearly the motto applied to the letter. This is « Where you want When you want«  was the rule.

In short it was hedonism in all its splendor.

Studio 54 was the place where you could push all the limits for a night as if there would never again tomorrow. I really think that there was a life of eternity in each night in this nightclub.

This is also why many people (unknown) worked much at this time to provide the outfit enabling them to be, they, chosen by Steve Rubell instead of choosing a celebrity principle.

This operation and the time are clearly the same synopsis of The Saturday Night Fever with John Travolta.

In the film the character of Travolta and his mates band are working a lot the week just to be able to enter on Saturday night in the nightclub fashionable of New York to dance there and we understand that this is the studio 54. They come from poor neighborhoods and have not been to studies.

The Saturday Night Fever is a melancholy film he looks that carries with it a certain desperation and a certain fatalism that we try to mitigate festively and false light while the background is not the absolutely not. Anyway this film allowed me to discover the Bee-Gees and their incredible voice you can listen here

End of my digression although related to my article.

Steve Rubell would select carefully and tweezers (as I said above) who could go there or not and sometimes chose not to let in a celebrity which it felt it was not enough class that night to be in his nightclub.

Wikipedia cites are two examples which enabled me to realize how he had the nerve and power and above all he did not let himself be influenced by the notoriety.

So I discovered that the singer Cher who nevertheless was able to go many times was turned back one day because not enough class for the studio.

It was the same for the Chic group that was so flabbergasted being rejected whereas at the time they were stars they have decided to make a song: : Chic, Freak out – 1978

In fact it was so difficult to get into the studio 54 there was a capsule collection of jeans at the time whose name was The Studio 54 and whose slogan was « now everybody can get into a studio 54 « .

This collection was a huge success and has gone in a few hours, it’s say how get into this club was important for people.

What you need to know and remember is that the Studio 54 was not just a place of debauchery where all excesses were allowed. The disco was also a pool of important personalities that influenced the economic, sociological, political as Warhol, Dali, Picasso, Truman Capote and other I quoted from the beginning of this article.

Halston is a perfect example in terms of contributing to the evolution of manners, the respect to the body and the representation of black women in the fashion world.

The Creator Roy Halston has contributed greatly to this world and scroll black mannequins, one of the most famous (which is one of my icons) is Pat Cleveland who later marched to Yves Saint Laurent.

The most famous muse of Halston remainder Bianca Jagger dressed in that time and time again and subsequently became a great political activist as I told in a previous article on it.

Studio 54 was the place where he had to be or go to keep abreast of emerging cultures and what is politically or socially happening in the world. This festive side hid a real existential angst.

I realize that between two rails of coke they found the necessary lucidity to action to engage politically.

It was maybe not the case for everyone but I am convinced that much campaigning for the rights behind this false light.

Besides David Bowie are made appearances in his androgynous character Ziggy.

This is also the case of Sylvester who was the successful singer of the moment and who amused his androgyny he cultivated great.

You maybe not see who he is, but you know his famous hit from 1977 was recover by Jimmy Sommerville in the 90s

You make me feel – Sylvester

As we say STUDIO 54 was THE PLACE TO BE that translates the latest fashionable place, the unmistakable place and it really was

Unfortunately that’s dramatically ended after 33 months of crazy parties with the arrest of Rubell and Schrager who were accused (rightly) sales of illegal products and non-tax return, in addition to having hidden in walls box of thousands of dollars.

Fortunately, this period has ended because AIDS at that time began to wreak havoc and some like Rubell or Sylvester died. Others have suffered drug abuse for years and struggled to recover from.

Studio 54 was still later the example that many nightclubs have tried to imitate as « Les Bains Douches » but none has ever succeeded today to match the reputation of Studio 54 and fortunately for moreover.

I could say things about the Studio 54 but I’ll stop there because my article is quite long and I know that the time to attention of readers is limited. If you want to see more, here is a doc on Studio 54.

I leave you with some pictures and a few tubes of the musical band of the time.

I must say that this is one of the items I liked most writing because it allowed me to listen incredible and energetic songs forgotten by all.

Know that the next looks, will be inspired by this period and with Jordane we did that required tests inspiration Studio 54 starting from the BIANCA JAGGER icon.

Know that the next looks will be inspired by this period and we did that with Jordane required tests inspiration Studio 54 starting from the BIANCA JAGGER icon.

Little taste of what you’ll see shortly, in a few hours … 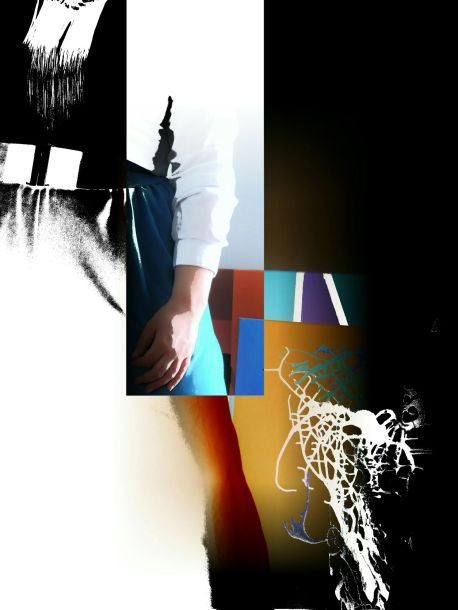 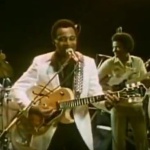 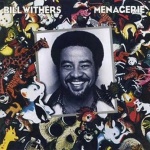 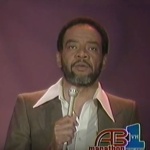 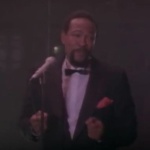 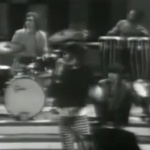 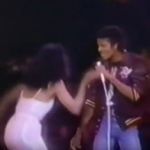 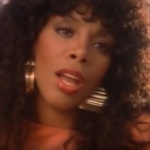 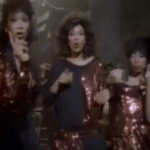 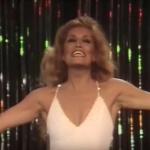 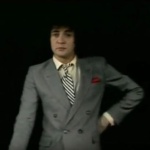 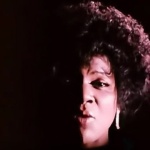