WHO IS OLIVIER ROUSTEING ? 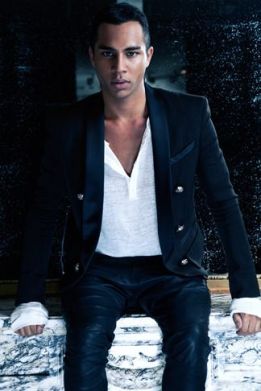 Today continuation and end of my article on Balmain and its evolution with time.

Olivier Rousteing is the first person we think today When talking about this big fashion house.

In view of all that he has brought visually and the perception is thought to have of him (because everything is an interpretation subjective) I thought he deserved an article that would just be dedicated to him.

The friend Wikipedia says little about him and I found it very well because it made me realize that even if he is super popular on social networks and especially instagram on which it is followed by more than 3 5 million subscribers, it remains a rather mysterious man.

Wikipedia I learned the basics of which he speaks in his interview is the fact that he was adopted and lived in a loving family.

He was also the youngest artistic director engaged in a couture house at 25 years of age and it is really impressive.

As some of my friends he graduated from ESMOD is the college of arts and fashion techniques.

Several cities in France have ESMOD and Olivier Rousteing schools graduated from the Paris.

After graduation (I‘m sure he earned with jury congratulations or may not be besides…) he went to live 5 years in Rome and there was designer at Roberto Cavalli.

The experiment ended when he was contacted by La maison Balmain in search of a new artistic director after the departure of Christophe Decarnin I mentioned yesterday in the first part of my article.

So as rich an experience of 5 years at Roberto Cavalli, Olivier Rousteing arrives in La maison Balmain as artistic director in just 25 years.

This is undoubtedly a good choice as the house has seen the personality of the artist he is.

Some Olivier Rousteing is the great friend of the Kardashian family and especially Kendal but at the same time this is normal because she‘s a model.

This is also the creator mega people because it often wears selfies with celebrities and it gives the impression that life is a succession of permanent festivities and frivolities.

I reinforce « it gives the impression » because to me it is mostly a good communicating and who better represented his own creation as its creator.

This is not because we frequent–celebrities that is provided free of existential wealth. Besides, who said that « celebrities » are hollow people? The image is misleading and the media are responsible for feeding the agora of fantasies and most of us like wolves swallow that we are elsewhere. That said there probably are celebrities that are grounded but short is not the point anyway!

For my part, Olivier Rousteing behind the face « juvenile » hides a tortured artist rather to quite dark universe it poetizes.

He is very beautiful, with a face of ephebe who always expresses a quiet strength but with a genuine concern in his eyes and even a hint of sadness. 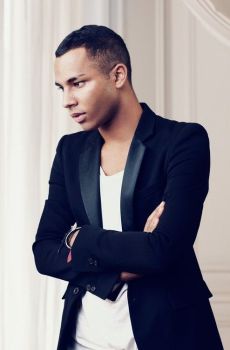 As a photographer I observe constantly facial expressions and some appeal to me more than others especially if it transpires that first it is an aesthetic that seems (apparently) perfect even if perfection does not exist.

In him this beauty (somewhat androgynous) carries within him something sad, melancholy and even with a touch of tautness according to the photos.

So these things emanating from him that made me want to follow his work, but to stop at that.

I’ve never been on his instagram for not feed me of speculation and it is because I write this article I went there and although I saw beautiful things I don’t think I will return because it is a place where even if it shares a little of what he is and his life he basically did a very good job of communicating to me and sometimes what we do, don’t necessarily what we are.

Which we live (and we dress) is in the unspeakable, in the imperceptible that can be read in the way we translate our « I » when you produce something and what better that fashion to tell what the internal and silent story.

I « read » thus Olivier Rousteing through his creations and his visual.

Of course the influence of Pierre Balmain is present in the imagery of « construction » of the woman rebellious and always in the times but Olivier Rousteing has brought a amazon dimension and warrior to woman of Today. 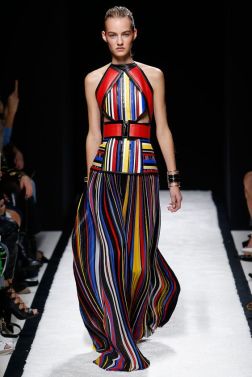 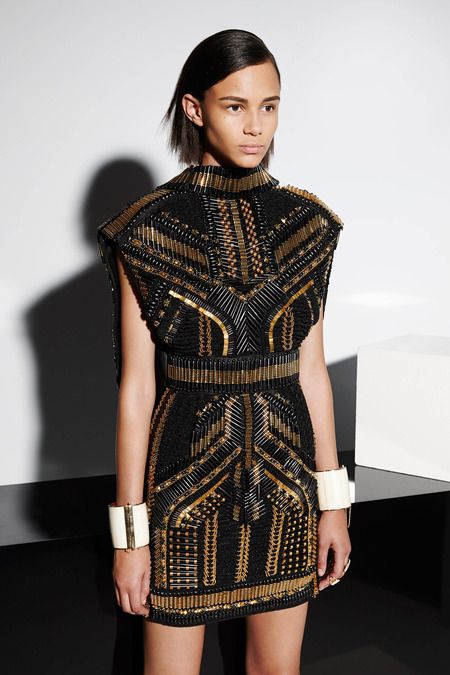 Most of these models carry with them something androgynous (also found in Olivier Rousteing in its physical), they have strong and broad shoulders as if they were wearing (wear) all the weight of the world. They are conquering, dominants, INDEPENDENT, but remain woman and do not express as much for something castrating.

It’s great to have designed works articulated in this way and to have known finely tuned.

Olivier Rousteing for me is a genius and a great artist / creator. This is a performer and an architect of the visual.

Well as contemporary creations always have as its starting point a forgotten past but crystallized keeping a drama in construction.

I say that looking at the story of each garment whose motives are borrowed from different eras like the dresses in the Baroque and Rococo architecture.
Besides the two are very similar. The baroque is much more dramatic in the rococo is more exuberant.

Below, some examples of Baroque and Rococo motifs

Balmain dresses are exuberant and are in the outbid each but not noticeable because the colors are monochromatic and it confer on the silhouette an indisputable power as you can see here. 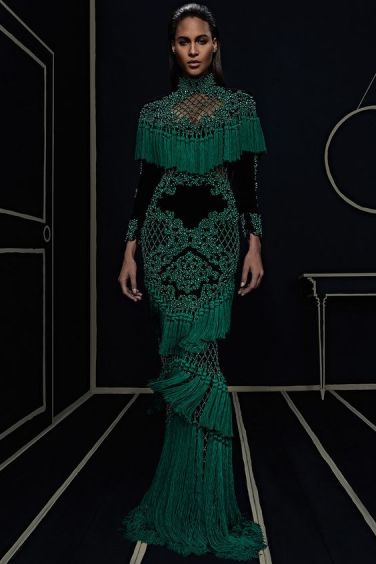 Here, it seems a woman who has transcended time, the course of Louis XV to the present.

In these creations we feel a real tension through the work of weaving the « little hands » conducted carefully. I can not imagine the hours of work on each piece.

Besides, it does not make enough tribute to little hands and yet it is they who are behind these majestic parades. Soon I will do because they are worth it.

I think of his life in Italy he returned with the influences of Italian churches and architecture decorum. I also think that outbid each of life and tells him and that Olivier Rousteing carries in him the melancholy poetry of despair. The life that’s also when you think about it there. I say without bitterness and without hostile depression. I name just a fact.

In other designs the woman is more fragile, more sensual while keeping the essence of conquering. She looks offered but in reality it controls. He mixes transparency and rigidity.

It oscillates constantly between unveiling and opacity. On some dresses I feel like a spectator behind a moucharabieh. You can watch it below.

I also want to add some pictures of Moucharabieh 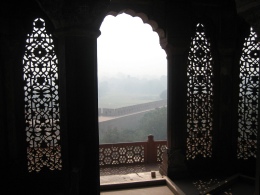 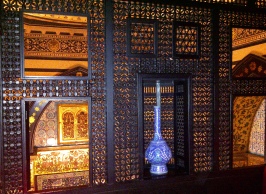 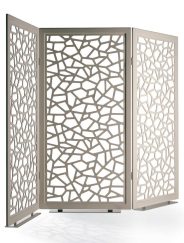 Finally I would say that what characterizes the Balmain woman is her amazon side of modern time and universal. They remind me of Jeanne D’arc and seem to need anything or anyone. In rooms saw a bit earlier in the article I found that a lot.
And in his capsule collection for H & M has had a huge international success. 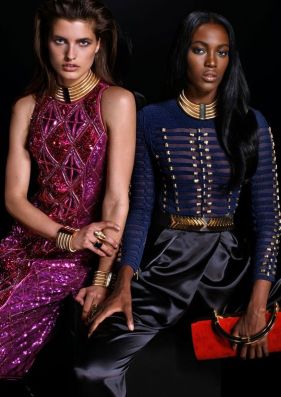 For the collection Balmain man the same codes are listed and androgyny is still noticeable. Personally I have a slight preference for the men’s collection because of the cut of the materials to the visual thickness (like velvet). I also love the abundance and layering pieces that confer a protective armor to the side silhouette. The figures seem straight out of War and Peace of Tolstoï or Anna Karénine.

They make me think the Count of Monte Cristo by Alexandre Dumas or the splendid movie Lawrence Of Arabia.

In short the Balmain man as a conqueror and clearly both sexes are on the same pedestal.

It is for these reasons that it seemed obvious to dedicate an article to Olivier Rousteing which is undoubtedly an iconoclast who does not play the elitists as if above the high fashion is the sun.

I leave you with some pictures of him with celebrities, but I insist you can not summarize that but especially should not the sum that.

The question I ask myself is how many « friends » will be there if he ever falls (and I don’t want for him) as John Galliano has since revive from the ashes or Christophe Dercarnin who was the former artistic director of Balmain ???

On this question I retire because I think it’s time I go wake my curiosity elsewhere.

Take care of yourself and I definitely like the OR color.