« In my eyes, identity is a way to earn a passport to the world.«

Hello and good start to the week everyone.

First I hope you had a good weekend.

I open the week on my blog to tell you about a crowdfunding on Ulule dear to my heart. It is launched by Chayet, the creator of the blog Nothing but the Wax (NBW) which I have already spoken here

Chayet decided to transform NBW is a blog influential and important in media and it is for this reason that with his great team they launched this online Crownfunding since 8 June (ending July 16) and deserves supporting.

NBW (NOTHING BUT THE WAX) for me what is it?

This is a fertile space of emerging crops that blacks are actors and particularly at source.

Starting from his passion for wax Chayet highlighted a people locked in stereotypes and allowed over the years to understand that not only Africa is not a country but rather a continent of immense wealth not suspected and which have been unaware and allowed other people to appropriate.

Progressively the blog has broadened his interest in wax by going beyond fashion and gradually as sections proved bridges leading us to discover Africa with a rich past, present so advanced that it becomes inspiration for luxury brands you name it and the future become dense that promises even more fruitful with African youth of immense creativity and has multiple talents from the literature, fashion, movies, music and more.

Nothing but the wax has become a wealth of information, a revealer of what is going on « the black side » but that is not for all that ethnocentric as one might think.

Whether we are black, white, Asian, Latin and etc… we all need to have a place communitarian (without ostracism proof) which is a sort of return to the sources but is also a mapping of evolution of a people and of these cultural spurts and it’s a little all that I found on the blog NBW has become for me a kind of nomenclature which has the role to shed light on the people and especially we feed her human opulence.

Through this blog I discovered marks, singers, writers, creators blacks which I never knew existed because the mainstream media essentially put lights in the occident.

On NBW I also discovered the AFROPUNK festival, I did not know (also) the existence and that fascinates me, where I would like go at least once because for me it is a fertile place and it is important being in fertile places because–it keeps the senses.

I knew little black high fashion designers before discovering on his blog and I have not measured how black culture influences the fashion mainstream (mainstream occidental).

I want to clarify that while I speak of black community and black culture don’t see a identities to isolate because it‘s not at its approach to the extent that its purpose is also (and especially) to show us that creativity is not limited to the Occident and that we are a all grace that brings each continent‘s identity.

His blog has become a prolific and vital place she took (finallyyyyyy after much questioning) the decision to make a media and be surrounded by a team of people that just as fruitful. 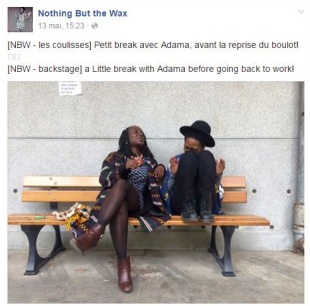 It is Starting from this ambition they have launched a crowdfunding and they need us to carry out this project we will all be winners because in my view life has meaning only through encounters people who have this ability to connect people and federate the human.

Although they have reached the goal of 15oooeuros, I think it is necessary to continue to talk about the NBW media which hopes to raise 20,000 euros by the end of crowdfunding. The continuous collection until the 16th of July and reach their raise this money will go even further and launch an even sharper media which will be of great level knowing that the NBW blog is already for a long time.

The team needs us as much as we need them.

I leave you with the link crowdfunding and what NBW in some images. 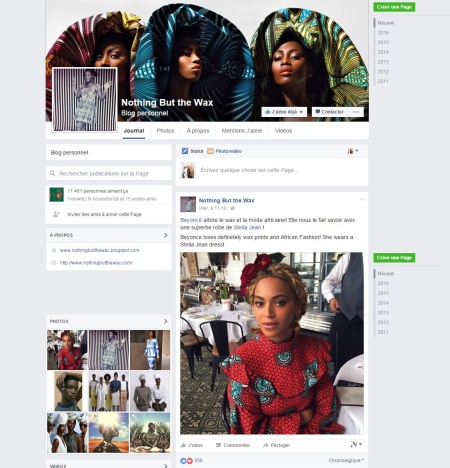 Thank you to support them.

Great week and take care of you.

CHAYET AND HER TEAM, CONGRATULATIONS TO YOU TO HAVE REACHED THE FIRST LEVEL AND I WISH YOU THE PART HAS MUCH SUCCESS;